Interesting facts about the state of Alaska

Alaska is a U.S. state located in the northwest extremity of North America. The Canadian administrative divisions of British Columbia and Yukon border the state to the east, its most extreme western part is Attu Island, and it has a maritime border with Russia to the west across the Bering Strait. To the north are the Chukchi and Beaufort seas–the southern parts of the Arctic Ocean. The Pacific Ocean lies to the south and southwest. It is the largest state in the United States by area and the seventh largest subnational division in the world. In addition, it is the 3rd least populous and the most sparsely populated of the 50 United States; nevertheless, it is by far the most populous territory located mostly north of the 60th parallel in North America, its population more than quadrupling the combined populations of Northern Canada and Greenland. Approximately half of Alaska's residents live within the Anchorage metropolitan area. Alaska's economy is dominated by the fishing, natural gas, and oil industries, resources which it has in abundance. Military bases and tourism are also a significant part of the economy.​

Click below for additional information on Alaska Public Universities and Colleges

Welcome to the state of Alaska College Page 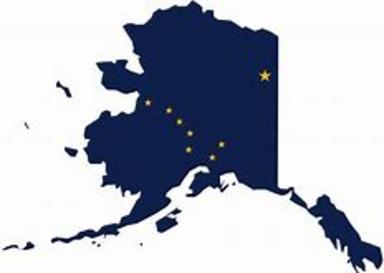