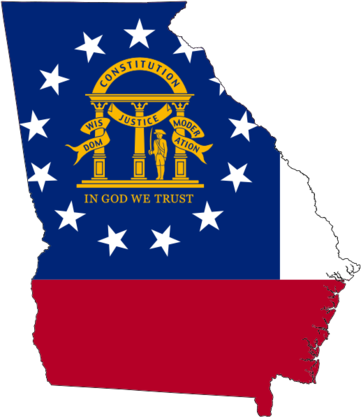 Guide to help you choose the right major.

Interesting facts about the state of Georgia

Click on the button below regarding information on Georgia's Public Universities

Welcome to the state of Georgia College Page

Georgia is a state in the southeastern United States. It began as a British colony in 1733, the last of the original Thirteen Colonies. Named after King George II of Great Britain, the Province of Georgia covered the area from South Carolina down to Spanish Florida and New France along Louisiana, also bordering to the west towards the Mississippi River. Georgia was the fourth state to ratify the United States Constitution, on January 2, 1788. In 1802-1804, western Georgia was split to the Mississippi Territory, which later split to form Alabama with part of former West Florida in 1819. Georgia declared its secession from the Union on January 19, 1861, and was one of the original seven Confederate states. It was the last state to be restored to the Union, on July 15, 1870. Georgia is the 24th largest and the 8th most populous of the 50 United States. From 2007 to 2008, 14 of Georgia's counties ranked among the nation's 100 fastest-growing, second only to Texas. Georgia is known as the Peach State and the Empire State of the South. Atlanta is the state's capital, its most populous city, and has been named a global city.