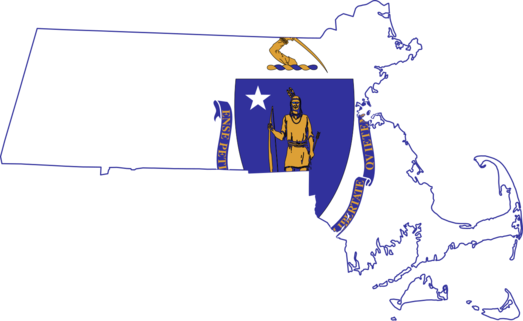 Massachusetts, officially known as the Commonwealth of Massachusetts, is the most populous state in the New England region of the northeastern United States. It is bordered by the Atlantic Ocean to the east, the states of Connecticut and Rhode Island to the south, New Hampshire and Vermont to the north, and New York to the west. The state is named after the Massachusetts' tribe, which once inhabited the east side of the area. The capital of Massachusetts and the most populous city in New England is Boston. Over 80% of Massachusetts's population lives in the Greater Boston metropolitan area, a region influential upon American history, academia, and industry. Originally dependent on agriculture, fishing and trade, Massachusetts was transformed into a manufacturing center during the Industrial Revolution. During the 20th century, Massachusetts's economy shifted from manufacturing to services. Modern Massachusetts is a global leader in biotechnology, engineering, higher education, finance, and maritime trade.

Interesting facts about the state of Massachusetts

Welcome to the state of Massachusetts

Click below for additional information on Massachusetts Public Universities and Colleges

Scholarships and Aid for Massachusetts Residents